Learning an elected candidate’s priorities is important to understanding resources or changes in funding sources.  Generally what a political candidate is most concerned with will be the agencies and programs that expand if elected to office. Get to know all of the potential incoming candidates’ platforms to help position your organization’s services and solutions.

Once in office, it’s important to listen closely for those first few priorities the winning political candidate chooses to implement and then understand just how quickly they will affect any agency changes (some could be as short as months while others could take years to come to fruition).  Begin developing strategies and “elevator speeches” around your company’s services that connect to these priorities and effectively “follow the money”.

Even political appointed staff under a newly elected official will be marching to the tune of the overall platform agenda. There can be a lull in large contract opportunities for vendors once new agendas are put in place.  This is due to new decision makers needing time to get their arms around their new duties as well as the time it takes to implement their own agendas. When there is a shift from one political party to another, whether at the state or federal level, heads of agencies and all politically appointed positions will turn over and new decision makers will join.  Even when the same political party retains control, many people in decision-making positions will leave just due to natural attrition along with new opportunities for them to pursue.  Begin developing relationships with new decision makers.  It’s an important time to utilize government relations consultants/lobbyists to provide warm introductions.

A change in decision makers can affect sales strategies on multiple levels. First off, it’s generally important to position your company as bi-partisan – whether that’s showing support to both political parties, having salespeople with connections with all parties, and/or utilizing lobbyists to assist with relationships with all parties.  If a company has too many ties to just one party, it can affect their ability to build relationships and gain new contracts/business.

Secondly, it’s not uncommon for a sales team’s contacts within a particular agency to leave and be replaced by new people. Before this occurs, it’s particularly important to ensure your company is delivering and in good standing on its current contracts, as a good reputation can transfer from one administration to the next.

And finally, do not make the mistake of ignoring the relationships you have built just because those individuals are leaving their decision-making posts.  If they leave, they will most likely go to the private sector and could make great employees and/or connectors to the new administration taking over.  Many companies stop paying attention to the relationships they built with decision makers just because those decision makers leave their positions.  This is a short-sighted mistake as these individuals can still make connections into their former agencies, help develop proposal responses, and be assets of intelligence for sales teams.  You never know when those individuals will be back in a decision-making capacity and they’ll remember those companies that only wanted to know them when they held a political position. Generally, understanding incoming political platforms will help an organization foresee potential future legislation, predict market changes, and understand what services and solutions will be needed to implement the platforms. Once legislation is passed, such as the Affordable Care Act legislation, changes in the market are affected for years to come. Companies need to build agile practices to keep up with the needs of the governmental agencies that will be implementing the legislation.  In some respects, it’s less about adjusting sales strategies and more about being educated/informed and potentially changing the operations of a company to fit future changes.  But it does help to have an educated sales force as they can then be better positioned to have more in-depth conversations with agency decision makers.

One of the most important things for both your sales team and consultants, currently serving government clients, is to be fully educated – educated on how potential legislation will affect your organization’s key markets and ultimately your solutions. Being educated will help them know how to speak with agency decision makers more effectively.  When your sales team is educated, they can also affect change internally in an organization, keeping your operations teams aware of any new legislation coming down the pipeline so that the company’s strategies and solutions can be updated and most importantly kept relevant to your client needs. 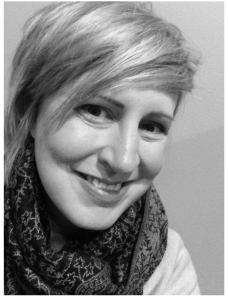 Cathy Huff is the President and Owner of Fetch, a marketing and sales consulting firm that she started in 2013. She started Fetch with a focus on serving and transforming organizations towards desired business development results. Cathy brings 20 years experience in managing teams and helping them adopt change. She has a passion for developing sales and marketing strategies and ensuring they intersect and support one another. She has 10+ years in the government space and politics. Cathy has managed and assisted with political campaigns and previously worked for a think tank out in Washington, DC.  A political appointment in Governor Mitch Daniels’ Administration for the State of Indiana Department of Administration brought her back to Indiana. Cathy then worked for a consulting company leading their state & local business development efforts. While there, Cathy led her business development team to 57 state & local contract awards within 1 year, increased their average pipeline from $6 million to $50 million, helped expand their market from one state to many, and significantly expanded their market presence in the healthcare arena through targeted sales and marketing strategies. She still lives in Indianapolis where she’s enjoying the adventure of being an entrepreneur, wife, blogger, and running with two dogs.